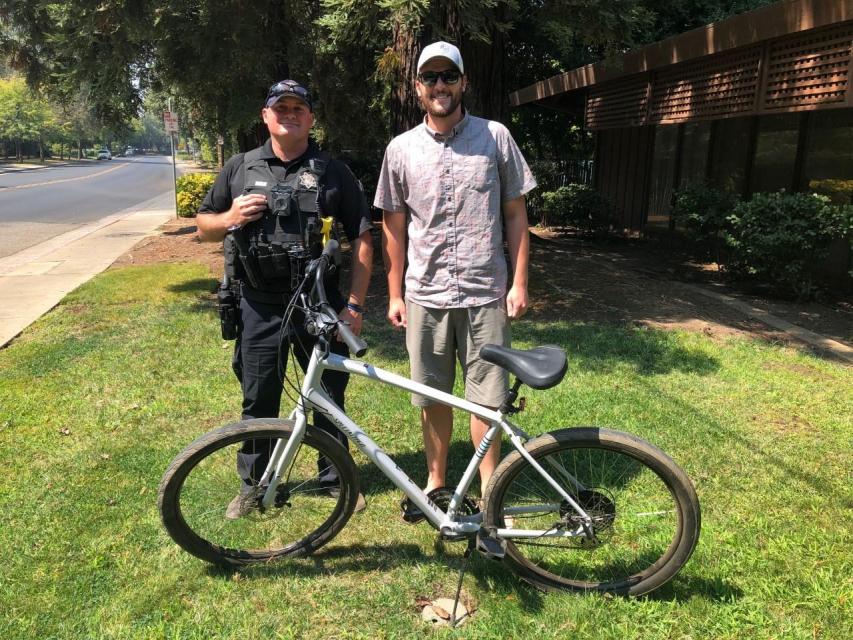 On 08/26/21 at approximately 10:23am, members of the Chico Police Target Team were on patrol in the Lindo Channel near the intersection with Cohasset Ln. Officers saw a newer Specialized Mountain Bike near one of the encampments. All occupants of the camp claimed not to know who the bicycle belonged to. Officers checked the serial numbers on the bike and discovered it had been reported stolen in February of 2021. The bike’s lock had been cut at the intersection of W. 5th St and Ivy St when it was reported stolen. The victim had recorded his serial number and completed an online report. Officers were able to locate the owner and return his stolen property.
The Chico Police Department would like to remind citizens to keep record of their serialized property. The serial numbers make it much easier to identify and return stolen property.