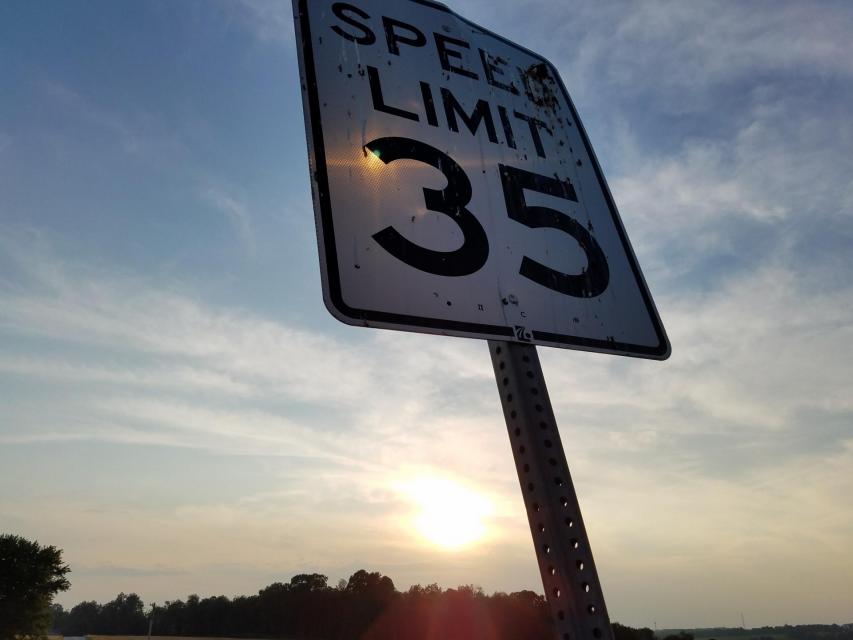 Safety and common sense should determine your driving speed, even if it means driving more slowly than the posted limit under certain conditions. According to California Vehicle Code (CVC), “No person shall drive a vehicle at a speed greater than is reasonable or prudent and in no event at a speed which endangers the safety of persons or property.”

Legal speed limits are established by law and may be changed only when justified on the basis of an engineering study. One of the most commonly accepted principles for setting speed limits is to conduct a speed survey of the current and actual speeds per roadway. Experience has shown that approximately 85% of the motorists drive at a speed that is reasonable and prudent. Commonly known as the 85 percentile, these speeds prove to be justified in the eyes of the public because they appear to be reasonable. Those 15% of drivers who will not comply with reasonable speed limits are the drivers who are subject to enforcement action.  (CVC 627) (CAMUTCD 2014 section 2B.13)

All fifty states base their speed regulations on the Basic Speed Law. Under California law, the maximum speed limit is 65 MPH (55 MPH on 2 lane undivided highways). All other speed limits less than 45 MPH are called prima facie limits, which are considered by law to be safe and prudent under normal conditions. Certain prima facie limits are established by State law and include:

These speed limits do not need to be physically posted in order to be enforceable. Additionally, the posting of the appropriate speed limit simplifies the job of enforcement officers, since most of the traffic is voluntarily moving at the posted speed. Because of accurately posted speed limits, safe drivers are not penalized and the general public becomes less impatient, passes less often, and tailgates less. Combined, these factors increase general public safety by reducing head-on and rear-end collisions. And conversely, slower speeds do not necessarily mean safer traffic operation. The chances of a driver becoming involved in an accident are least when he or she is traveling at the average speed of traffic.

As a driver, be aware of road conditions, traffic patterns and alternate routes to your destination. The most common concern expressed to the City is about speeding traffic in residential neighborhoods. Notify the City when situations seem to create problems. Report damaged, faded or missing traffic signs and help maintain good visibility by trimming landscaping. Especially important is sight distance at intersection corner lots.