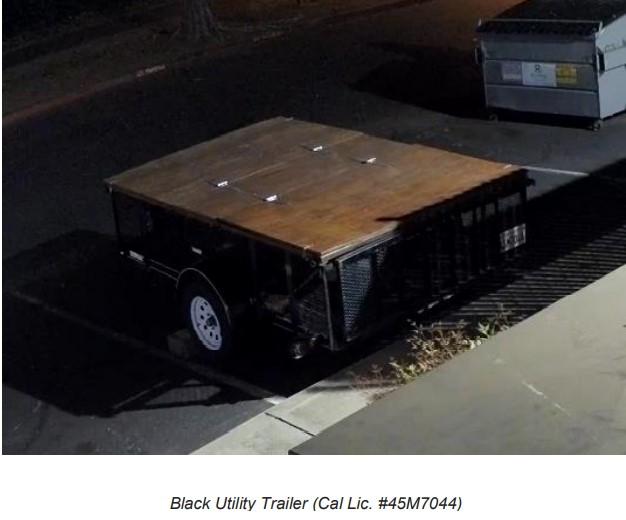 On 6/28/22, Chico Police Detectives contacted and arrested David Wayne Jones (52 years old) pursuant to a warrant for his arrest. Jones was taken into custody without incident shortly after he left his residence. Jones was the suspect in at least 4 suspected trailer thefts.

Detectives were alerted by CHP Officers that a subject named David Jones had arranged to sell a trailer on Facebook Marketplace at a nearby Casino parking lot. The unsuspecting victim purchased the trailer and later learned that the trailer was stolen when the victim attempted to register at California Department of Motor Vehicles. As the investigation progressed, Chico Police Detectives learned of three other incidents in which Jones posted trailers for sale using online applications and sold it to unsuspecting victims.

One of these incidents, Jones posted the trailer for sale prior to stealing it. Once the unsuspecting victim responded that they were interested, he stole the trailer and drove it to a nearby business parking lot to complete the sale.

Detectives determined that Jones committed a trailer theft from the 200 block of Cohasset Road on May 24th, 2022. This trailer belonged to Youth for Change, a nonprofit organization that provides services to children, individuals and families in order to help those in need. This trailer originally possessed a license plate of California Lic. #45M7044. Please see attached photograph on Page 2 for trailer description. If you purchased this trailer or have any information as to the location of this trailer, please contact Chico Police Detective Bureau (530)897-5820.

Jones was arrested on suspicion of stealing four (4) trailers in Butte County (California Vehicle Code 10851). He was booked at Chico Police Department and transported to Butte County Jail.

Chico Police would like to encourage prospective buyers to be wary of any vehicle or trailer sale without proper paperwork that shows ownership. If you feel like the deal is “too good to be true” than it warrants a second look.