n 5/23/22, Detectives conducting follow-up in the area of north Esplanade, observed a stolen pick-up parked within a mobile home park. Detectives performed surveillance of the stolen vehicle and later observed Chase Forcier (32 years old) moving toward the vehicle. Detectives knew Forcier from numerous prior contacts, including a recent Felony Evading incident on 5/18/22, in which Forcier fled from a Chico Police Patrol Officer. In that incident, the pursuit was cancelled due to the extremely reckless behavior toward other motorists exhibited by Forcier. Forcier also had a felony warrant for his arrest due to a Post Release Community Supervision violation.

Forcier was within several feet of the vehicle door before he observed the Officers closing in on his location. Forcier was forced to drop his backpack and flee on foot. Detectives were successful in their foot pursuit and quickly apprehended him without incident.

A search of the backpack resulted in the discovery of a revolver pistol, methamphetamine, drug paraphernalia, and numerous vehicle keys. Forcier was arrested on his PRCS Violation Warrant and for the Evading Law Enforcement incident that occurred on 5/18/22. Forcier faces multiple additional violations pending follow-up investigation. 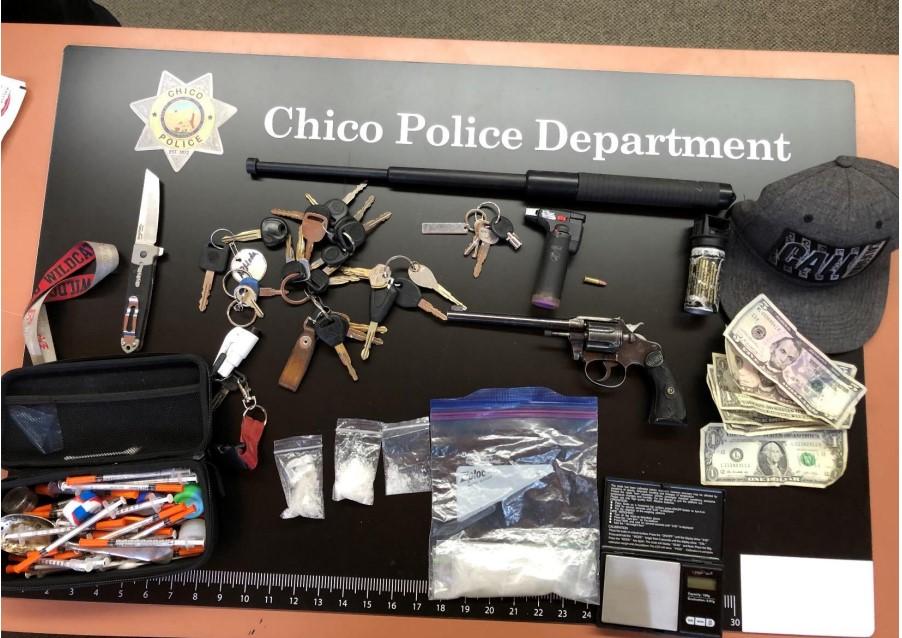