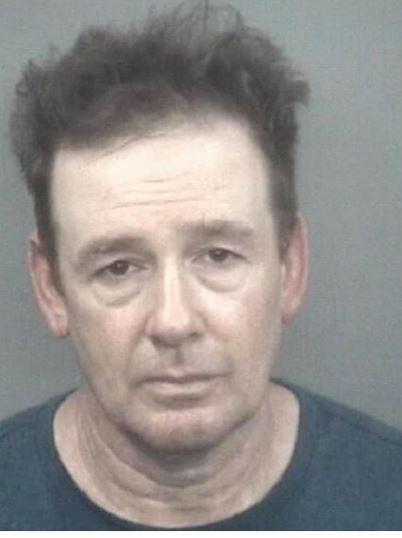 On 03/10/2020 at approximately 1057 hours, Chico Police Communications Center received a 911 call from a neighbor of the suspect, reporting that he had just heard a gunshot from the suspect’s backyard. Multiple Chico Police Officers and a representative from the Butte County Behavioral Health’s, Mobile Crisis Unit responded to the 2200 block of E. 8th St. where a perimeter was established around the suspect’s home and neighbors were notified to shelter in place.
A crisis intervention representative made telephone contact with the suspect, Stephen Barry, 54 years old. Barry agreed to come out of the house, unarmed, and meet with officers on E. 8th St. Barry was detained without incident.
Additional investigation revealed that Barry had been using a central nervous system stimulant (methamphetamine) and inhaling Co2 canisters prior to firing a 12-gauge shotgun in the backyard of his residence, toward a rented apartment in the same backyard. The loaded firearm, a 12-gauge pump shotgun, was recovered at the scene. Barry was arrested for negligent discharge of a firearm and possession of drug paraphernalia. The firearm was taken as evidence and Barry was booked into the Butte County Jail.

There were no injuries sustained by officers, Barry, and/or any nearby residents.