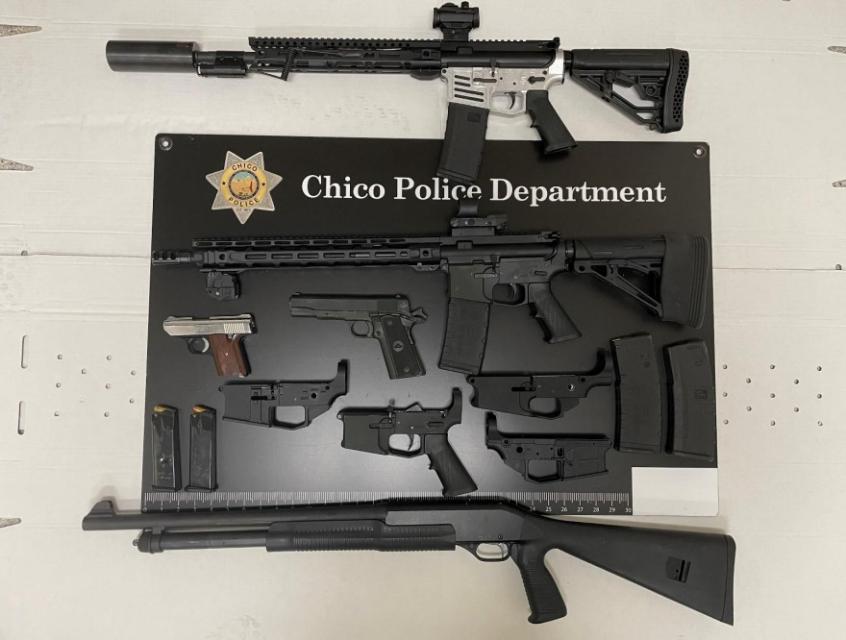 On 7/3/22 Chico Police Patrol Officers responded to the 1400 Block of E. Lassen Ave., Chico, Ca after receiving a 911 Call where the caller said a male was pounding on the front door armed with a handgun.

The man left in a truck but was spotted by responding Officers.

Officers stopped the vehicle and conducted a high-risk traffic stop in the parking lot of the 7-11 on East Ave. They contacted the male driver who was later identified as Tyler BARNEY (35 yrs.).

Ultimately, Officers seized the (2) Handguns, a shotgun and (2) assault rifles. The rifles were mail order kit rifles, commonly referred to as “ghost guns” that have no serial numbers or markings. High capacity magazines and other parts were also found. BARNEY was arrested for various weapons related charges to include possession of an assault weapon.