Chico Fire Department has a long history serving the Chico community, dating back to the 1800’s and Chico’s incorporation.

Fire departments and firefighters have become such a part of our lives that we forget times in the past when there were none. The pioneers in our community were worried about this. To them, such protection was of prime importance. A single spark could, and often did, cause a blaze that could wipe out a lifetime of work and many lives. Many people stood helplessly watching their homes or businesses burn to the ground. Insurance was available, but so costly that only a few could afford full protection.

Whenever towns were built, the most responsible citizens led the way to better fire protection. Groups of men volunteered to be on guard against the common enemy. (In the late 1800’s, only men filled the positions of firefighters. It wasn’t until the late 1970’s that women began entering the work force as full-time firefighters.) Without the benefit of modern training, techniques, and without adequate equipment, protecting Chico from fire involved hardships that are difficult to visualize.

There were no building codes and no hazard awareness programs. Water supplies were often distant or meager. The use of coal and wood as fuel exposed every home to daily danger. The firemen of centuries past had no easy task.

With the advent of full-time firefighters came a more efficient, but no less vital organization. The primary purpose of fire organizations is to prevent loss of lives and property. The job today is far more diverse and training includes a great deal more than just putting out fires.

Many of us think of a firefighter as a person who slides down a pole at the sound of a bell, races to a fire, saturates everything with water until the fire is out, thus ending the job. That image has been perpetuated in the books read to us as children. As with many such books, the hard facts are left out. Modern firefighting techniques are a result of much scientific knowledge.

Fire! Fire! Fire! Within seconds the sound of running feet and clanging buckets snatched from their hooks responded to the terrifying cries of alarm. The midnight sky on April 19, 1873 was brilliant with flame. The worst fire known yet to the people of Chico raged out of control.

The fire began in the hayloft of the Fashion Stable at Third and Main and burned so rapidly that the stable hands barely escaped. Mr. O. P. Weed, the proprietor, who had been sleeping in his office, left the burning building, clothing in hand. Thirty-eight horses, wild and crazed with fear, died in the blaze, too confused to be removed.

The frame building next door ignited. One by one, every structure on the West side of Main Street began to burn. A wind arose and fanned the flames westward along Second Street to Broadway.

When it became apparent that nothing on the block could be saved, the firefighters turned their attention to protecting the block from Second to First. Every roof, every wooden awning, was dotted with men passing buckets full of water hand to hand and back down the line empty. Pumps worked furiously; citizens formed lines to hand goods out of the threatened shops and homes. Each person toiled far into the morning to halt the progression of the flames.

The morning sun found only one structure on the block intact. The home of Dr. Davis had been built far back on the lot and was only blackened by its burning neighbors.

One month before the fire, on March 17, a meeting had been called by the Chico Board of Trustees for the purpose of organizing a fire company. Just 14 days before the town’s largest fire would bring destruction and severe losses, Company No. 1 was formed. The records of that meeting list 44 names of “prominent businessmen, clerks, and mechanics” making up the official roster. 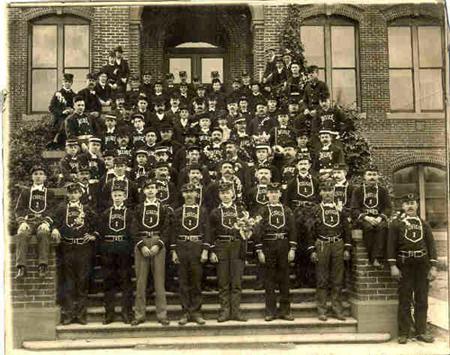 “Whenever people built towns, their most responsible citizens led the way to better fire protection.” 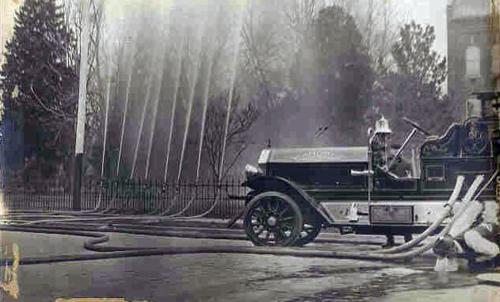 “There were no building codes, no hazard awareness programs. Water supplies were often distant or meager.” 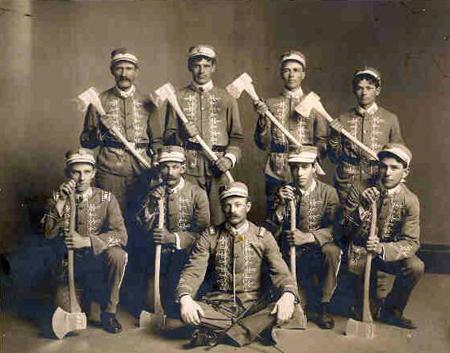 “One month before the fire, on March 17, a meeting had been called by the Chico Board of Trustees for the purpose of organizing a fire company.” 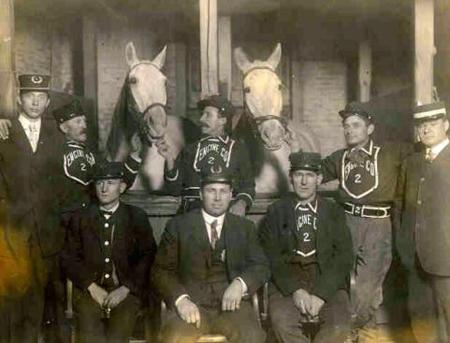 “With the advent of paid professional fire-fighters came a more efficient, but no less vital organization.” 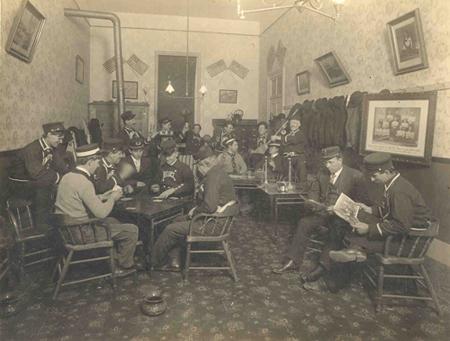 Socializing at the old Fire Station on 2nd Street. 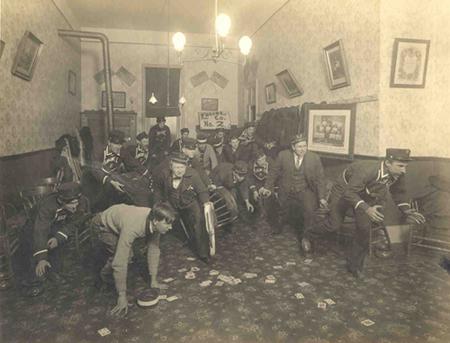 The call comes in!!