The City of Chico has obtained funding to replace the structurally deficient and functionally obsolete Guynn Avenue Bridge over Lindo Channel. The bridge is located between East Avenue and West Lindo Avenue, near the western edge of the City limits. The existing one-lane bridge provides a vital link between the Cussick Area Neighborhood and The Avenues, as it is one of only two vehicular crossings of Lindo Channel between Esplanade and Nord Avenue. The existing bridge is an 86-foot long, single-span, steel Warren pony truss bridge. The bridge suffers from the following deficiencies:

To address these concerns, the City is planning to replace the existing structure with a new bridge just downstream. The existing steel truss bridge will remain in place and will be available for pedestrian use. The new structure will accommodate two lanes of traffic, bike lanes, and a sidewalk. The project improvements will extend approximately 200 feet north along Guynn Avenue and 100 feet both east and west along West Lindo Avenue. To facilitate construction, the bridge and a portion of Guynn Avenue, near the structure, will be temporarily closed to traffic. Traffic operating along West Lindo Avenue will be temporarily restricted to one-lane operating under stop control. The City will be working closely with the area residents to maintain access to their properties during construction. 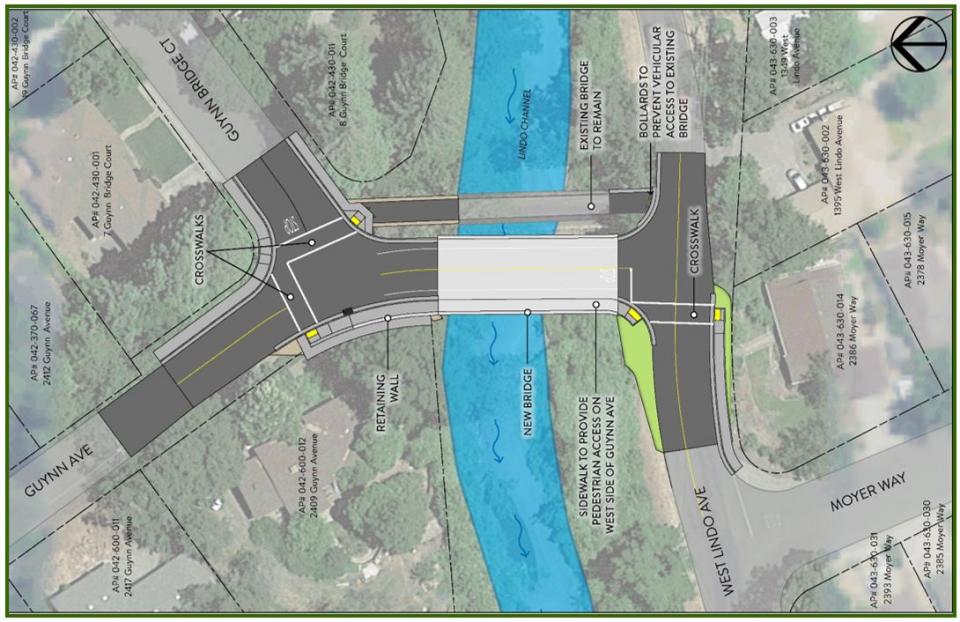 The project is 100 percent federally funded through the Highway Bridge Program and Toll Credits. The federal funds are being administered through the Caltrans Local Assistance Program. 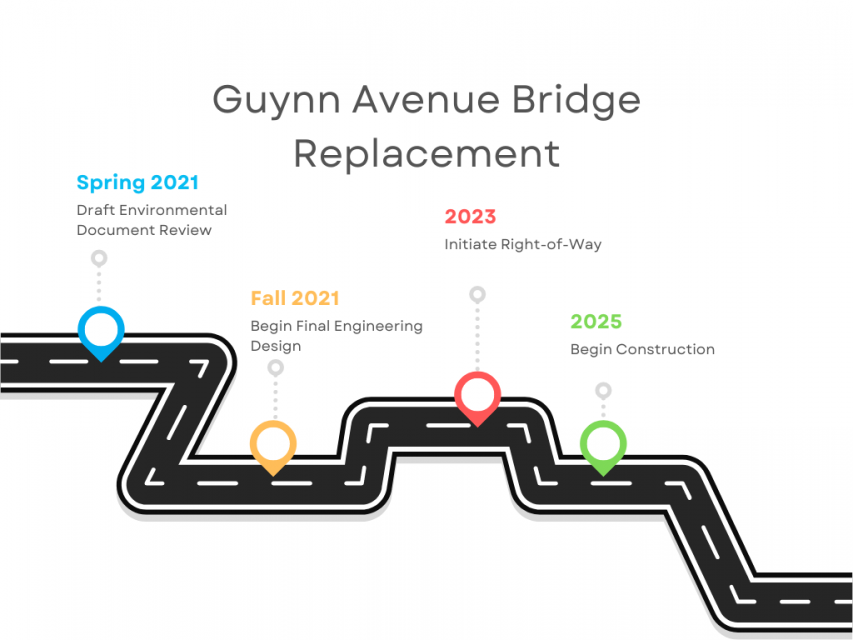 If you have questions or would like to provide feedback regarding the project, please email guynn.bridge@chicoca.gov and we will get back to you as quickly as possible.