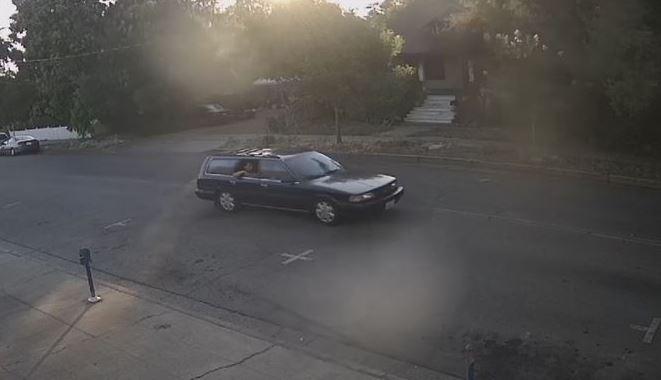 GUNFIRE IN SOUTH CHICO:
UPDATE:
On Tuesday 06/23/20, the Chico Police Department received numerous calls regarding shots heard in the areas of 16th and Oakdale St. and Humboldt and Pine St. Based on our investigation thus far, we believe this is a single incident where a vehicle was chasing and shooting at another vehicle. We do believe the incident is gang related and suspect the vehicle was involved in an assault earlier in the day. Both investigations are ongoing and there will be no further details released to safeguard the integrity of the investigation.

We are looking for anyone who might have witnessed the vehicle or the shooting during the evening hours of Tuesday June 23rd, on or about 7:30 pm.
The suspect vehicle is unique, it appears to be a dark blue, late 80’s Toyota Station Wagon sedan. The windows appear to be tinted.

On June 23 , 2020 at about 7:40 pm, Chico Police Dispatch began receiving numerous 911 calls regarding gunshots heard
and seen in South Chico. Specifically, callers described the occupants of a dark colored vehicle shooting at or near a second moving car near Park Avenue and W. 16th Street. Minutes later, other callers reported seeing a suspect in a moving black car firing towards another driver and/or cyclist in the area of Humboldt Avenue and Pine Street. Chico Police patrol units arrived in the area of both shootings within moments, but the suspect(s) fled before their arrival. Both incidents appear to have been related. Fortunately, there were no reported gunfire victims.
Witnesses described the suspect seen shooting during the second incident as a medium build Hispanic male. The suspect appeared to be a young adult. Descriptions of the driver, or other potential suspects were not available.

Roadways near the described areas were temporarily closed while the crime scenes were processed. They have since been returned to normal traffic controls.

Anyone with information about these incidents can contact the Chico Police Department at (530)897-4900.