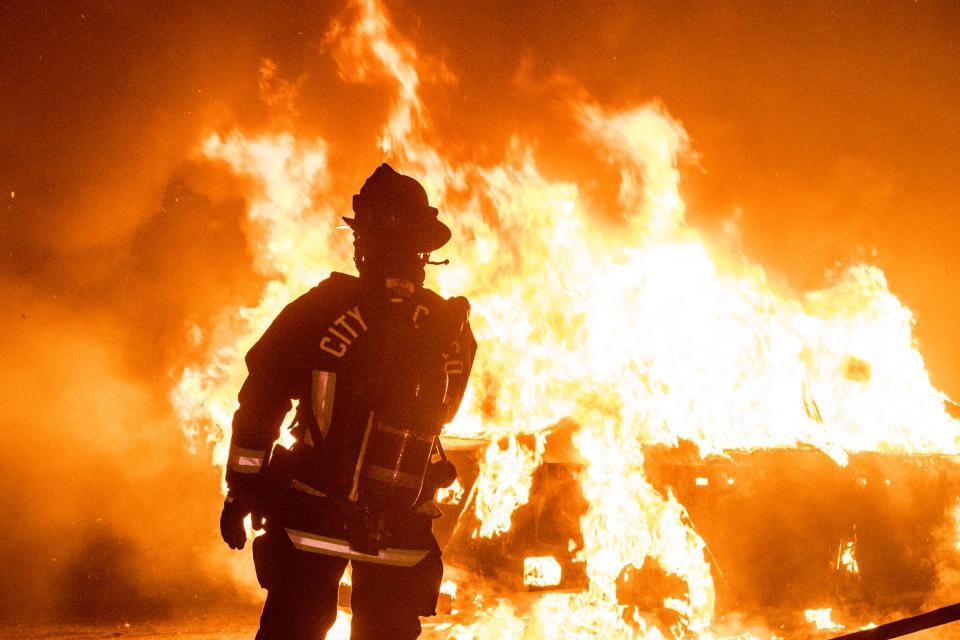 The Chico Fire Department operates out of four stations. Highly trained firefighters staff these stations 24 hours a day, 365 days a year. The stations are spread throughout the City in order to better serve the Chico community.

Each station houses state of the art apparatus, specifically designed to serve the Chico community as well as the station’s unique response districts. Chico Fire’s frontline apparatus include Truck 1, Engine 2, Engine 4, and Engine 5. Each apparatus number corresponds with a station (ex: Engine 2 is housed at Station 2).

In addition to the frontline apparatus, Chico Fire-Rescue cross-staffs several pieces of specialized equipment, which allow the fire department to handle any type of emergency.

Station 1 is located near the downtown district. Many of the taller buildings in Chico are found in this district. Truck 1, a 100′ aerial ladder truck, is housed at Station 1 for this reason. In the third picture below, Truck 1 can be seen at a commercial structure fire in Downtown Chico.

In addition to the downtown area, Truck 1 is also first due to Chico State University. CSUC Whitney Hall is a nine-story residential dormitory, which can hold over 500 students. In addition to Whitney Hall, Butte Hall stands at seven stories. In the fourth photo below, firefighters perform high-rise rescue operations at Butte Hall. In the final photo, Truck 1 is set up for the “water tower” on a well-involved apartment structure fire. 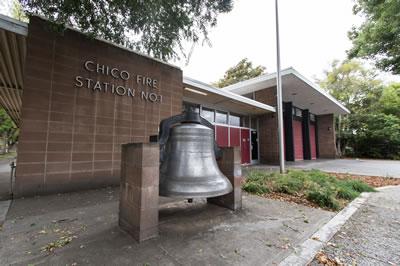 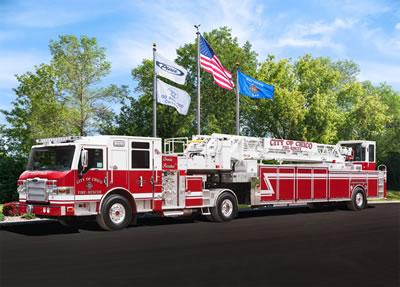 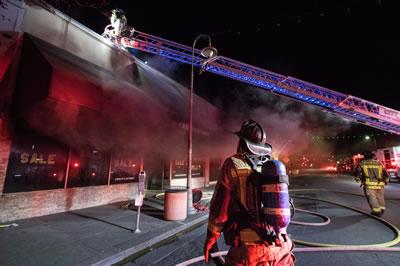 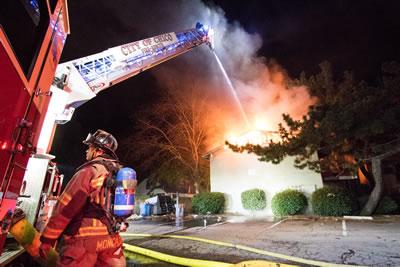 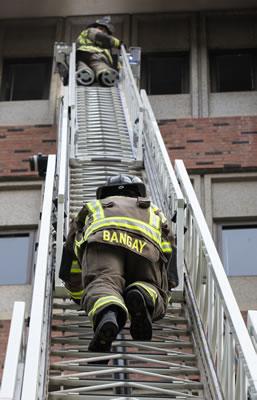 Station 2 is located in the center of Chico near Enloe Hospital. Engine 2 has been one of the busiest fire engines in the North State. With the closure of Station 6 in West Chico, Station 2 has only become busier. Much of Station 2’s response area consists of residential neighborhoods. Due to the large number of older homes in the area, the fire risk is high.

Firefighters affectionately call Station 2 “The Vecino,” which translates to “The Neighbor.” As you can see in the photos below, Station 2 is quietly tucked along 5th Avenue.

In addition to Engine 2, Rescue 2 is also located at The Vecino. Rescue 2 is a type-2 rescue apparatus, which is equipped to handle technical rescue incidents such as swift-water rescue, high-angle rescue, confined-space rescue, remote area rescue, and many other types of rescue. In addition, Rescue 2 will also respond to major traffic accidents that require extrication. Station 2’s central location is an ideal spot to house the rescue, allowing it to quickly respond to all parts of the city.

In the third photo down, firefighters are preparing for a high angle rescue at Bear Hole in Upper Park. These highly trained firefighters are experts in rescue operations. In the following photo, a rescue team member pulls a person from Big Chico Creek during the record breaking winter of 2016/2017. 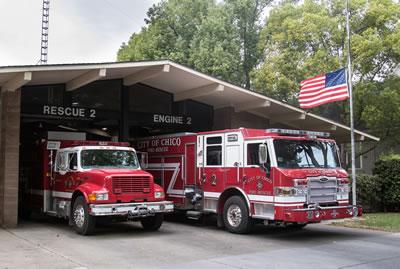 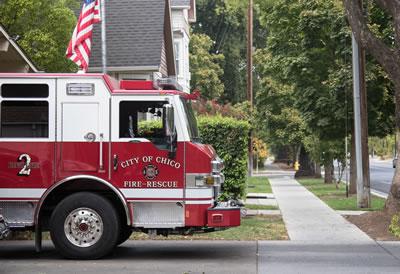 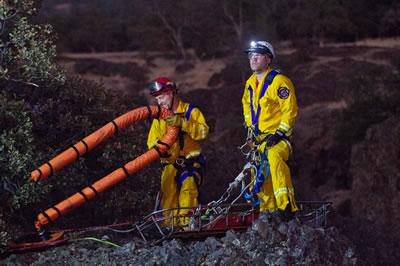 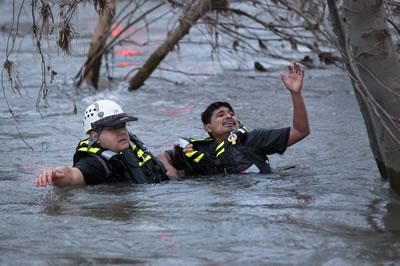 Station 3 is located at the Chico Municipal Airport. It is unstaffed. When an airport emergency occurs, firefighters respond from other stations in the city. Although the Chico Airport does not currently serve commercial flights, dozens of privately owned aircraft takeoff and land every day. In addition, the Chico Airport is home to a CalFire air attack base. During the summer months, large airtankers are routinely dispatched to fight fires around the State of California. 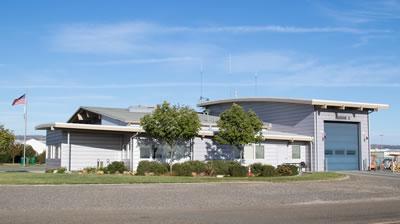 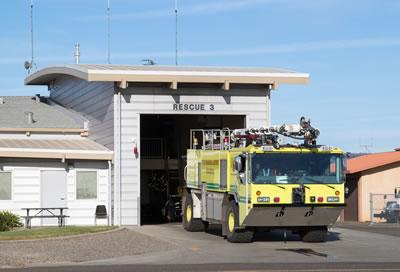 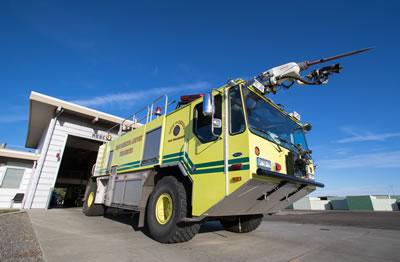 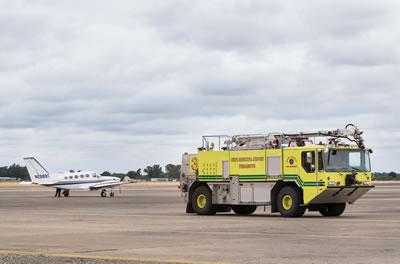 Station 4 covers South Chico. Within the response area are large commercial businesses, apartment complexes, residential neighborhoods and wildland interfaces. Engine 4 was first at scene of the Best Buy Fire as well as the Springfield Apartment Fire. Both of these fires posed a significant threat to life and property.

Station 4 is located near Highway 99 and Skyway. As a result, Engine 4 covers two of the busiest roadways in Chico. On the eastern edge of Chico lies an area prone to wildfire activity. East Chico is where the wildland and city blend together, creating the urban wildland interface. Wildfires in this region can quickly threaten lives and property. OES 8332 is a type-3 engine housed at Station 4. OES 8332 is specifically designed to fight fires in the urban wildland interface. 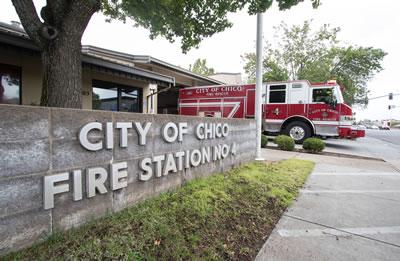 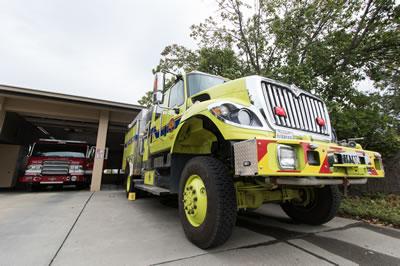 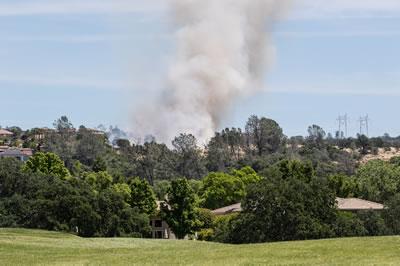 Station 5 is located at the entrance to Bidwell Park and covers a large section of Northeast Chico. Station 5 covers residential neighborhoods as well as the surrounding wildland interface. Engine 5 is the frontline apparatus, and it will respond to most emergencies in the district. Engine 15 is housed at Station 5 and is ready to respond to vegetation fires or other incidents in Upper Park which require travel on rough roads.

Bidwell Park is the third largest municipal park in California. Thousands of people visit every month to enjoy the outdoors. Many visitors enjoy hiking, mountain biking, swimming and exploring. Due to this activity, Station 5 is ready to respond to rescues and remote area medical aids in the park at all times.

HazMat 5 is the primary apparatus for the Butte County Interagency HazMat Team. Select firefighters with the Chico Fire Department are specially trained in hazardous materials response. The hazardous materials team responds to incidents which pose a significant risk for the community. 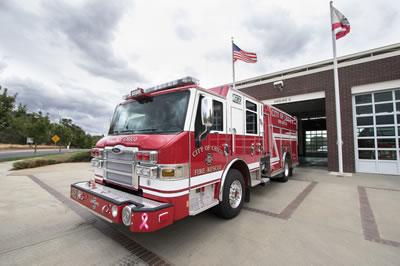 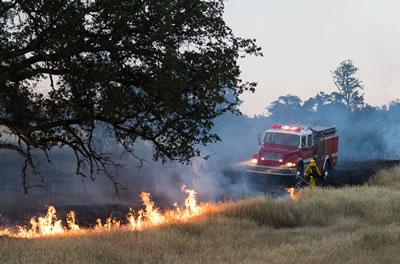 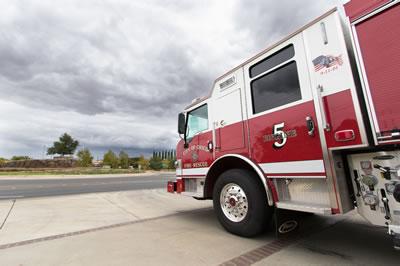 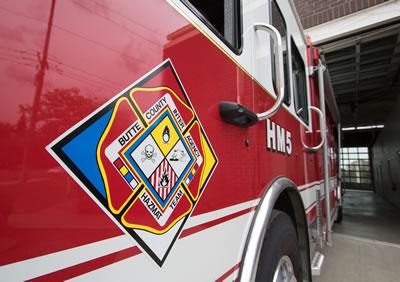 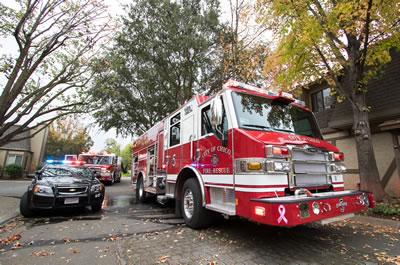