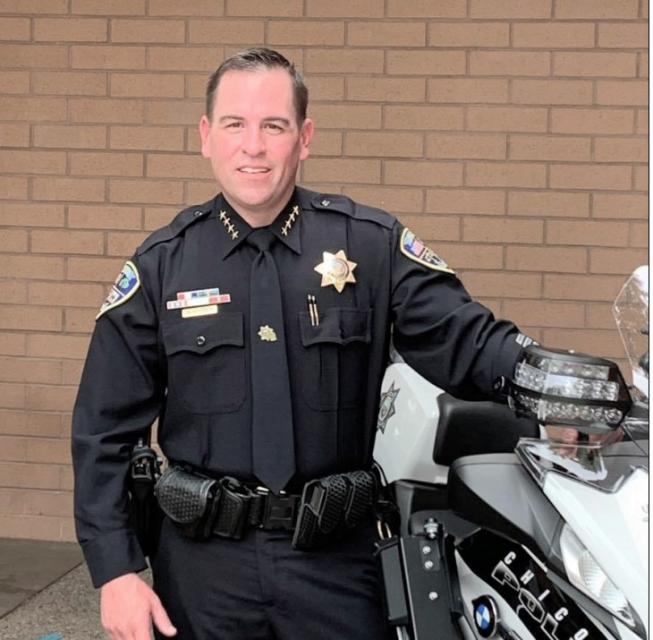 “It is my distinct honor and privilege to end my career as the Chief of the Chico Police Department,” said Chief Madden.

Chief Madden has served in almost every assignment within the Chico Police Department since being sworn in as a Police Officer in 1997. He was a Patrol Officer and Field Training Officer before his six-year assignment as a Detective, where he worked homicide, sexual assault, and child abuse cases. In 2008, he promoted to Sergeant where he supervised Patrol, the Special Weapons and Tactics (SWAT) Team, the Street Crimes Unit, and became the Detective Sergeant. He promoted to Lieutenant in 2015, where he managed the Patrol Division and was later assigned to Administration. He became the second in command of the organization when he promoted to Deputy Chief of Police in 2017. In 2020, he served for three months as the Interim Chief of Police and after a nationwide recruitment, he was selected for the permanent position. Chief Madden began his role as the City of Chico Police Chief on September 1, 2020.

“I’ve been deeply committed to the Chico Police Department, our community, and public safety throughout my entire career. There never seems to be the right time to announce a retirement when you are so committed, but I feel the police department is in a good place and I am looking forward to spending more time with my family.”  Chief Madden added, “I love our community and our city, and I’m confident this great organization will continue to thrive.”

During the transition phase before Chief Madden’s retirement, he will be committed to working with his Executive Team along with the City Management to ensure a seamless succession plan.