In September 2020, the Chico Police Department began witnessing a rising trend in more serious, violent crime occurring in our community. In addition to the City of Chico, communities throughout our nation were also experiencing a concerning pattern of rising crime, specifically in violent crimes involving illegally possessed weapons and firearms. Chief Matt Madden attributed this disturbing trend to continued de-criminalization of certain crimes and other legislative bills that hampered the ability of law enforcement to reduce crime. During this same time, our community and region was in lock down due to COVID-19. These restrictions hampered the ability to keep criminals in custody and/or to be sent to state prison to serve out their sentences which put more criminals out on our streets.

On September 16, 2020, Chico Police Chief Matt Madden created a new police unit to help reduce violent crime in our community. The Violence Suppression Unit (VSU) was developed to deploy as an investigative unit with a hybrid mission in both investigation and proactive enforcement of violent crime. The established mission of VSU is to investigate crimes such as shootings, stabbings, felony level batteries, and robberies. The team’s focus is also on crimes committed or suspected to have been committed by organized crime groups, career criminals, or suspects on some form of supervised release. The VSU is designed to be a proactive unit with the mission of getting illegally possessed firearms and other weapons out of the hands of violent criminals. The VSU unit co-responds to crimes with the Patrol Division and assumes the investigative responsibility in a more rapid, efficient response in order to successfully investigate serious crimes occurring in our community. The team has been directed to work closely with the department’s Patrol Division, Target Team, and Detective Bureau and to partner with Butte County Probation, Butte County Sheriff’s Office, and the Butte County District Attorney’s Office. VSU is currently staffed by one sergeant and four investigators. They are managed by the Criminal Investigations Section Lieutenant.

The Chico Police Department’s Violence Suppression Unit has been deployed for one year and continues to be a very active unit. As we examine the current statistics in Part 1 Crimes, which is where violent crimes are reported, Chico PD has seen some reduction in these crimes as compared to data from last year (see attached
charts). These slight reductions are attributed to the efforts of all police personnel, from VSU, Criminal
Investigations Section, and the Patrol Division. Below are some statistics showing the VSU activity for the last
year.
1. Arrests: 54
2. Parole/Probation Searches: 34
3. Illegally Possessed Firearms Seizures: 20 – This includes several privately       manufactured firearms, also known as “Ghost Guns”.

4. Preparation and Execution of Search Warrants: 50
5. Total Felony Investigations: 40 Felony, to include two Homicides in which VSU was the Primary Investigative Unit (primary suspects in both cases are in custody).
6. Outside Assists: VSU has assisted law enforcement agencies in our region with several Homicide investigations, Arson, and the location and seizure of forensic evidence. VSU also had a significant presence during the Dixie Fire, providing security and protection of the communities affected by the devastating fire.

In addition to the efforts of the Violence Suppression Unit, the Chico Police Department Patrol Division has been very proactive and continues to work to help reduce these Part 1 Crimes as well. Below are some statistics from Chico PD’s weekend, night patrol team over the last five months. This highlights just one patrol team’s efforts.

Although we are seeing some reductions in violent crime, mainly in the area of robbery and aggravated assault, homicides, shootings, stabbings and the addition of several attempt homicides this year are concerning. The Chico Police Department will continue to focus our efforts on the reduction and elimination of Part 1 Crimes in
our community. 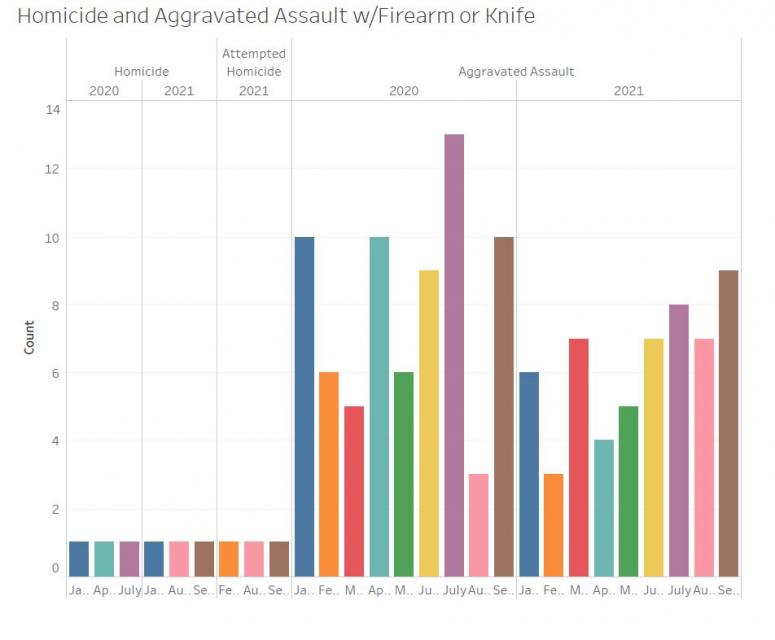 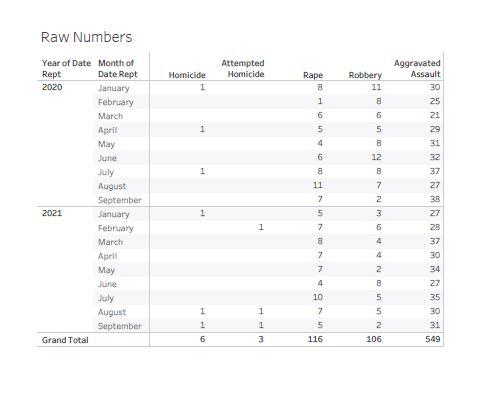 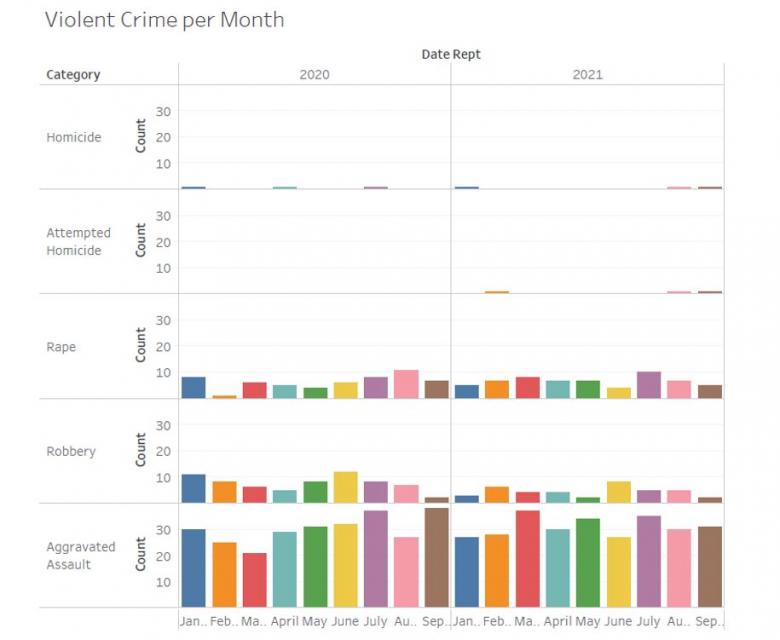