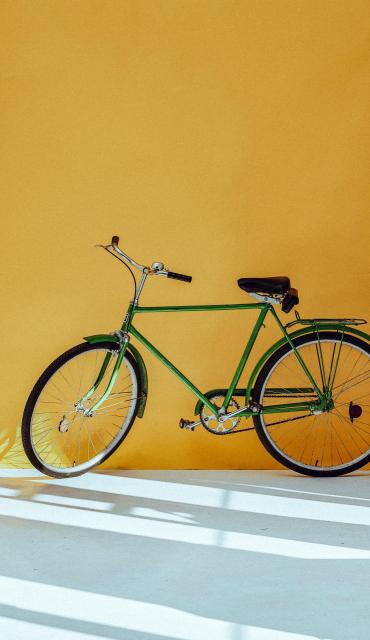 Safe Bicycling involves more than wearing the proper safety equipment and keeping your bike in good mechanical order- you must also learn the rules of the road.

The following are important excerpts from the California Vehicle Code (CVC) relating to the operation and equipping of bicycles.

Defines bicycle as a device upon which any person may ride, propelled exclusively by human power through a belt, chain, or gears and having one or more wheels. Specifically provides that persons riding bicycles are subject to Vehicle Code provisions specified in Sections 21200 and 21200.5 (see below).

Every person riding a bicycle upon a street or highway has all the rights and is subject to all the duties applicable to the driver of a vehicle, including the provisions of law dealing with driving under the influence of alcoholic beverages or drugs, except those provisions, which by their very nature can have no application.

Bicycling Under Influence of Alcohol or Drugs. VC 21200.5

Provides that it is unlawful to ride a bicycle upon a street or highway while under the influence of an alcoholic beverage or drug or the combination of alcohol and a drug, punishable by a fine of up to $250. A person arrested may request a chemical test. If the person is under 21 but over 13 years of age, his or her driving privilege will be suspended for one year or delayed for one year once the person is eligible to drive.

No person riding upon any motorcycle, motorized bicycle, bicycle, coaster, roller skates, sled, or toy vehicle shall attach the same or themselves to any streetcar or vehicle on the roadway.

No person operating a bicycle shall carry any package, bundle, or article which prevents the operator from keeping at least one hand upon the handlebars.

No person shall leave a bicycle lying on its side on any sidewalk, or shall park a bicycle on a sidewalk in any other position, so that there is not an adequate path for pedestrian traffic. Local authorities may prohibit bicycle parking in designated areas of the public highway, provided appropriate signs are erected.

No person shall place or park a bicycle or vehicle so as to impede or block the normal and reasonable movement of any bicyclist on a bikeway or bicycle path or trail unless the placement or parking is necessary for safe operation or otherwise in compliance with the law.

Prohibits persons under 18 from riding or being a passenger on a bicycle without wearing helmets meeting specified standards (ANSI or SNELL). Violations are punishable by a fine of not more than $25.

A bicycle operated on a roadway or highway shoulder shall be operated in the same direction, as vehicles are required to drive upon the roadway.

All required signals given by hand and arm should be given in the following manner:

No person operating any vehicle, including a bicycle shall wear any headset covering, or any earplugs in, both ears. There are exceptions for persons operating authorized emergency vehicles, special construction or maintenance equipment and refuse collection equipment, and for any person wearing personal hearing protectors designed to attenuate injurious noise levels and which do not inhibit the wearers’ ability to hear a siren or horn from an emergency vehicle or horn form another motor vehicle, and for any person using a prosthetic device which aids the hard of hearing.

No person in any vehicle shall throw or discharge from or upon any road, highway or adjoining area, pubic or private, any lighted or non-lighted cigarette, cigar, match or any flaming or glowing substance.

No person shall throw or deposit upon a highway any bottle, can garbage, glass, wire, nails, paper or any substance likely to injure or cause damage to traffic using the highway.

Note: Some of the sections of the laws listed above have been reworded slightly and/or abbreviated. For exact language, refer to the referenced sections in the California Vehicle Code.

In addition to these state laws, many communities have local ordinances. Check with your local police department regarding bicycle registration, licensing, and regulations (sidewalk riding, etc.) in your area.

Each year in California, over one hundred people are killed and thousands more are injured in bicycle collisions. We can make bicycling safer for all by observing the following safety tips:

Remember a bicycle is a vehicle. Bicyclists share a complex traffic environment with other larger forms of transportation. Youngsters under age nine lack the physical and mental development to interact safely in that environment.