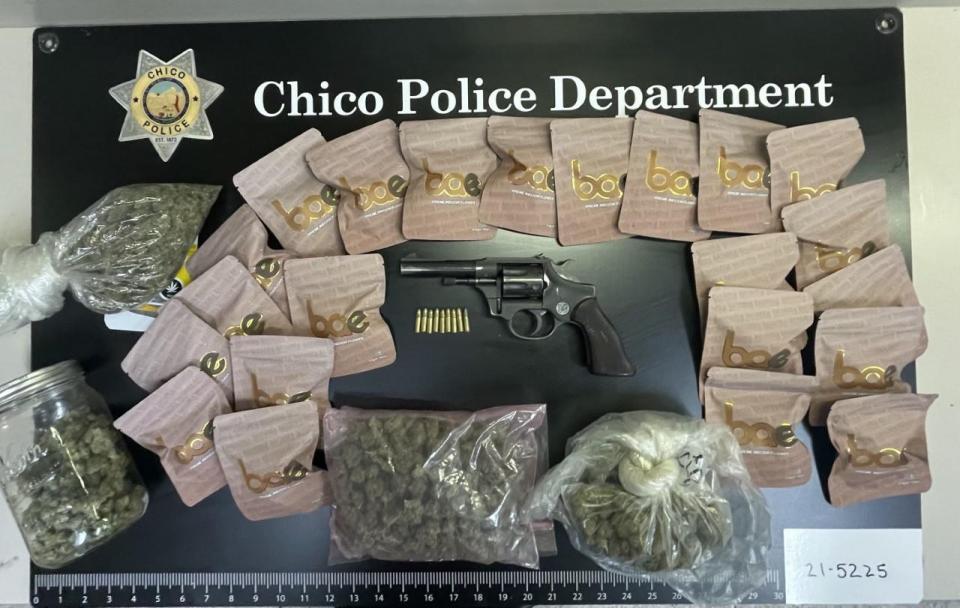 On August 31, 2021, at about 12:00 a.m., a Chico Police Officer was on routine patrol on Ivy Street at W. 1st Street. The officer conducted a proactive enforcement stop of a passing motorist for a vehicle code infraction.

The vehicle stopped and had 5 occupants in it. The driver, Ivory Peteet (age 20) did not have a valid driver’s license. There were open containers of alcohol in the vehicle. Additional officers arrived on scene to assist. Officers began to have the occupants step out of the vehicle to continue their investigation.

Officers had the front passenger, Sacy Diallo (age 20) exit the vehicle. Sacy exited the car and struck an officer in the face and attempted to flee. Officers on scene were able to subdue Diallo. Officers arrested Diallo for assault on a peace officer and resisting arrest with force. During a search incident to arrest officers located a loaded, stolen .22 caliber revolver in Diallo’s pants pocket. Officers also located marijuana packaged for sale in Diallo’s belongings.

Two officers sustained minor injuries during the altercation, but they declined medical attention.

The driver, Ivory Peteet, was ultimately arrested and booked into the Butte County Jail for 23152(a)/(b) VC- Driving Under the Influence of Alcohol.

Sacy Diallo was booked into the Butte County Jail for violations of sections 69 PC- Resisting Arrest with Force, 243(b) PC- Battery on a Peace Officer, and 25850(a)(2) PC- Carrying a Loaded, Stolen, Firearm in Public.