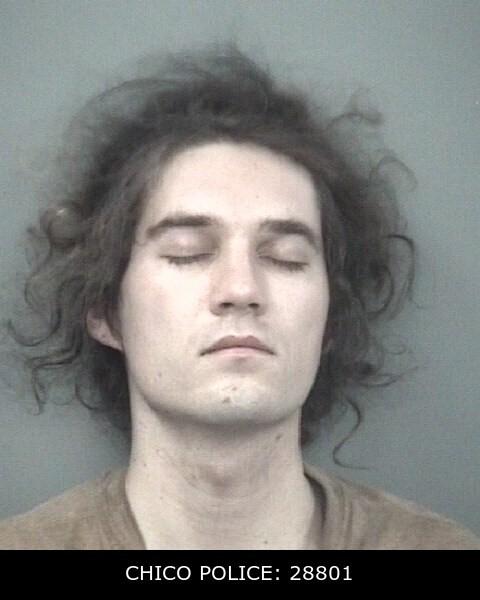 On 9/26/21 at approximately 1410 hrs, Chico Police responded to a local business in the 1000 block of E. 20th St. on a report of an adult male inappropriately touching juveniles inside the business. The male suspect was unknown to the juveniles. The male was promptly ejected from the business by management while the report was being made to police.

Officers arrived in the area minutes later and located a person matching the suspect description in 20th Street Community Park. An in-field identification was conducted with a witness, and the suspect was positively identified. The suspect, 27 year old Charlie Anders, was subsequently arrested for 647.6 PC, (Annoy / Molest a Child). During the arrest, Anders began resisting officers with violence. Anders kicked an officer during the arrest, and was subdued using a full body restraint system. Anders was transported to the Butte County Jail, and is being held on charges of Annoying / Molesting a Child per 647.6 PC, and Resisting Arrest with Force or Violence per 69 PC.

Anyone with additional information about this case is requested to contact the Chico Police Department at (530)897-4900 and reference case 21-5777.