The Ancestor Gates were designed by Artist Jenny Hale in collaboration with members of the Chapman community. The primary goal of this public art project was to involve youth in a creative activity emphasizing the importance of recycling. The multi-cultural theme grew directly from community input. Children and elders from the surrounding neighborhoods volunteered over 750 hours of time to research cultural images and create the mosaics which adorn each Ancestor Gate.

In North America and the ground on which you stand, the first Americans lived in deep harmony with nature. The Mechoopda Indian tribe lived in Chico. The arch of their gate is inspired by a flicker feather headdress worn in dance ceremonies. The columns represent willow bundles tied with fabric, used for basketry. 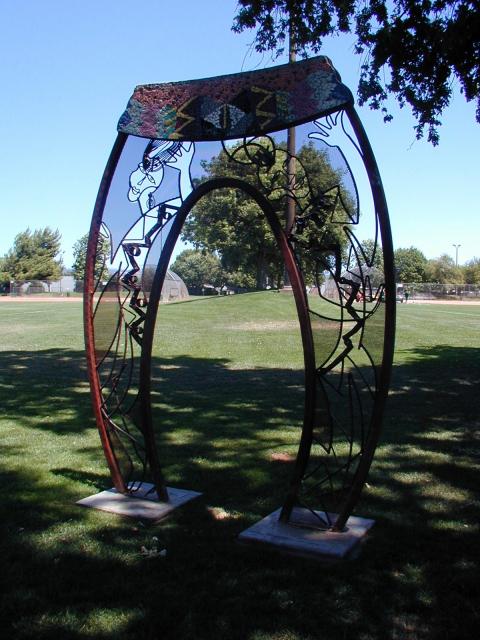 Travel east and reach the African continent, birthplace of ancient rhythms that are the basis for much modern music including Rock’n Roll, Jazz, and Latin Salsa. The heartbeat, amplified by an African drum, is translated into a complex system of poly-rhythms and fluid dance movements that express so many aspects of being alive. 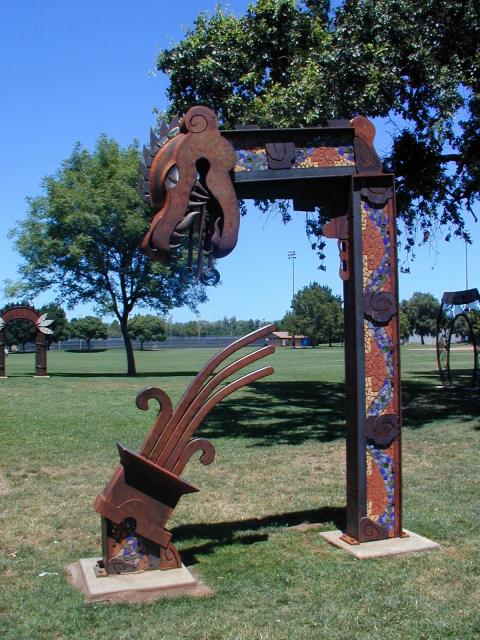 To the south, the Aztecs worshiped Quetzalcoati, the feathered serpent, in the land we now call Mexico. Quetzalcoati was revered as the originator of the Mexican civilization, the patron, and the inventor of its arts and crafts. The mosaics on the body of the sculpture are inspired by the motif of Aztec pyramids. 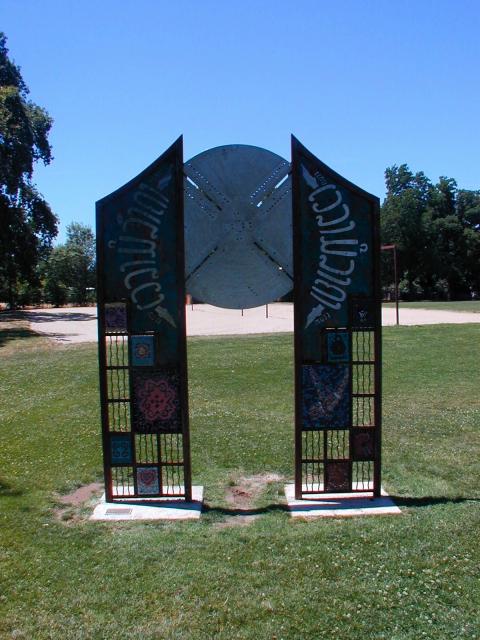 To the west is Laos, home of the Laotian and Hmong people. The aluminum disc spells “Time is Precious” in Laotian. Search the mosaics and explore images of textiles and important objects from Hmong culture. Find needlepoint designs called star flower, rooster comb, tiger face, and elephant’s foot. Discover a ceremonial bamboo instrument called the “qeej” as well as a rice sickle, chicken, silver necklace, and shaman’s gong.