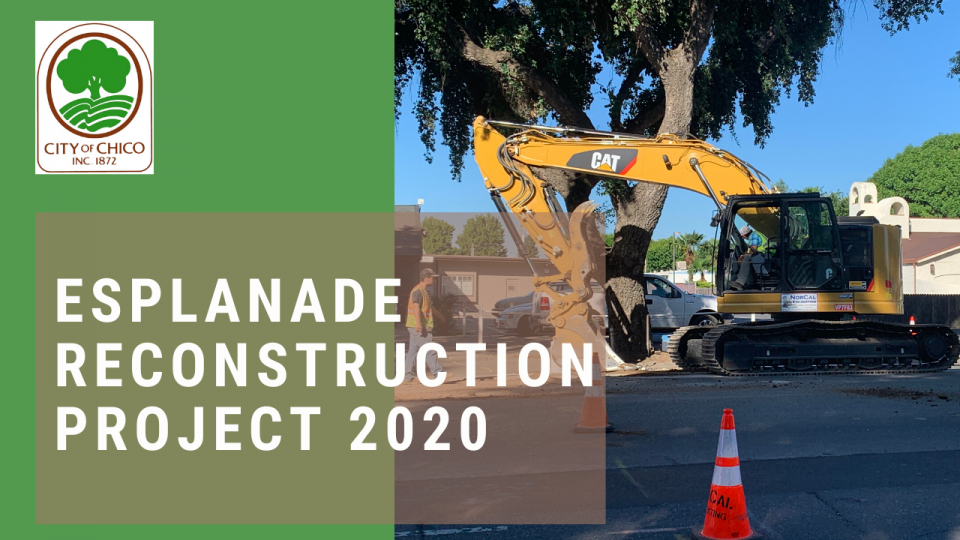 The City of Chico is proud to announce the completion of a major Public Works project, the Esplanade Reconstruction Project 2020.

“This was an amazing effort by the Public Works Team and our contracted local professionals in Knife River Construction,” said Brendan Ottoboni, City of Chico Public Works – Engineering Department Director. “In addition, local partners PG&E and Cal Water worked very hard to shift priorities and complete utility replacements prior to the roadway surface enhancements. This project not only improves our quality of life through enhanced public infrastructure but highlights these partnerships with local agencies to achieve a common goal.” 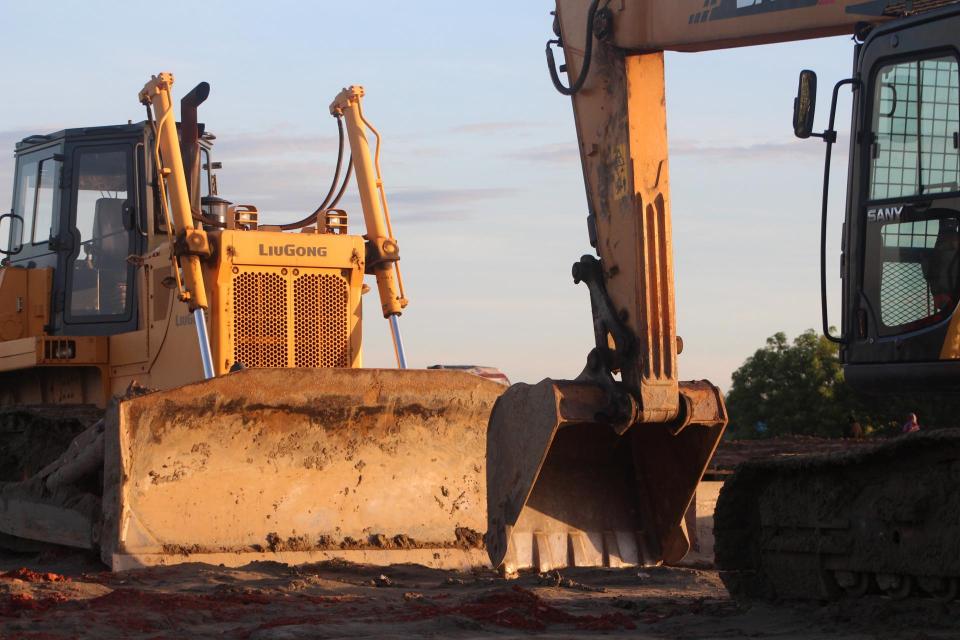 Work on the Esplanade Reconstruction Project began in April and included utility work to install sewer lines, installing streetlight foundations, poles, and lights, and removing and replacing concrete sidewalks, curbs, and gutters, as well as ADA-compliant upgrades from Eaton Road to Lindo Channel. The second stage of the project entailed rehabilitation of the roadway surface by the City’s contractor, Knife River Construction, which included grinding off the existing asphalt surface and placing new asphalt roadway surface, as well as placing a slurry seal (oil coat material) for the portion of Esplanade from Lindo Channel to Memorial Way. Traffic striping was reconfigured to allow bike lanes to be added from Cohasset to Eaton Road. This infrastructure project was funded through California Senate Bill 1 (SB1) gas dollars and waste hauler franchise fees.

“The City is extremely proud and excited to celebrate the completion a roadway reconstruction project of this magnitude and impact,” said Mark Orme, City of Chico City Manager. “Knowing that the Esplanade is one of the backbones within the City of Chico, and serves such a large percentage of Chico’s population for commerce, it makes the project even more special.”

The City of Chico wishes to thank our residents for their continued patience and attention to traffic control measures in place this spring and summer as we worked to provide our community with a brand-new Esplanade.